Forestry Camp Bar and Restaurant currently offers covered outdoor dining only as well as a market featuring beer, wine and Camp Grocery products available to take home. You can also order items from our market for pick up. Merchandise is available to ship. Shipping is not available for food or beverage products. Forestry Camp Bar and Restaurant is open Tuesday- Friday 5-10PM and Saturday and Sunday 12-10PM; CLOSED Monday

When we first starting working with Evan Lewandowski on this year’s vintages, we felt his immense passion seeping through his every word. And nowhere is it more tangible than in his love for Fox Hill Vineyard. Lowell Stone’s vineyard is inspired by both his affection for his wife Barbara and his deep connection with Italy’s wine culture. It inspired him to re-plant the once Chardonnay and Reisling-filled vineyards with both popular and obscure Italian varietals, many of which make up some of Evan’s prized wines. And one of which, caught our eye as we were plucking our 2019 harvest.

Sangiovese is a grape known for vast diversity, filling the cheap cups of Chianti and prized glasses of Brunello. The chameleon of Tuscany, the blood of Jupiter. But here in Mendocino, it is mutated into a grape that so well binds the stories of its history with the terroir of its new home. Nestled between Ukiah and Hopland, the soil here is uplifted riverbed, sandstone in dominance, with smatterings of quartz found among each step.  Nature shows its face in the grapes, without changing the alluring substance of ripe fruit and spice to which we have become accustomed.

Our night wine develops from its unique vinification. The grapes were selected in later October and foot-treaded to begin fermentation. The grapes continued the first two-thirds of its fermentation at ambient temperatures in transit to our winery in North Carolina. Upon arrival, the grapes were pressed off skins and the final third of fermentation continued in steel tanks. This process eschews typical preservation methodologies, embracing purely natural and spontaneous fermentation upon the skins and stems, before being separated from them to complete its course. We then aged it in 100% neutral oak for 4 months before bottling.

A vinification path has its benefits, allowing a robust fruit-driven palate to take flight before spice and earthy characteristics begin to overwhelm the wine. And so this wine purveys in a gorgeous bouquet of pie cherry, fruit leather, licorice, baking herbs and subtle earthiness. The tannin structure is persuasive, while a moderate acidity allows for perfect culinary pairing. We dig a bottle with confited rooster, braised beef cheeks, and aged manchego. Decant your bottle to watch it develop, as the sweet alcohols temper into vast depth. 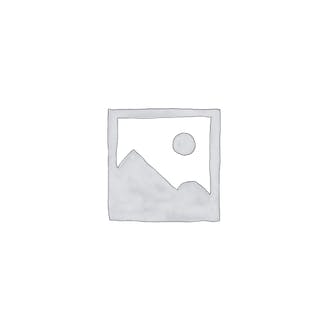